NOKIA, Finland—At the midway point of Wednesday’s Presidents Cup, an upstart Team Europe squad was in the driver’s seat. The eight-person unit, whose average rating trailed Team USA by nearly 20 points, came out swinging during nine holes of stroke play at Nokia DiscGolfPark, winning three of four cards and taking a five-point advantage into the event’s match play portion.

Young Finnish players, in particular, controlled the early afternoon: 20-year-old Väinö Mäkelä dispatched a combined five world titles to oust Paul McBeth and Gregg Barsby, while 19-year-old Eveliina Salonen bested Catrina Allen and Paige Pierce, the world’s top-two rated women’s competitors. The performance had Team Europe Captain Janne Hirsimäki beaming, and at the break he reasserted a bold prediction he made prior to the tournament.

“We knew this was coming,” Hirsimäki said. “…I stated that this will be the first year we’re going to win, so I’m just feeling confident and trying to get the guys going and the girls going that they play their own game and not think about it too much.” 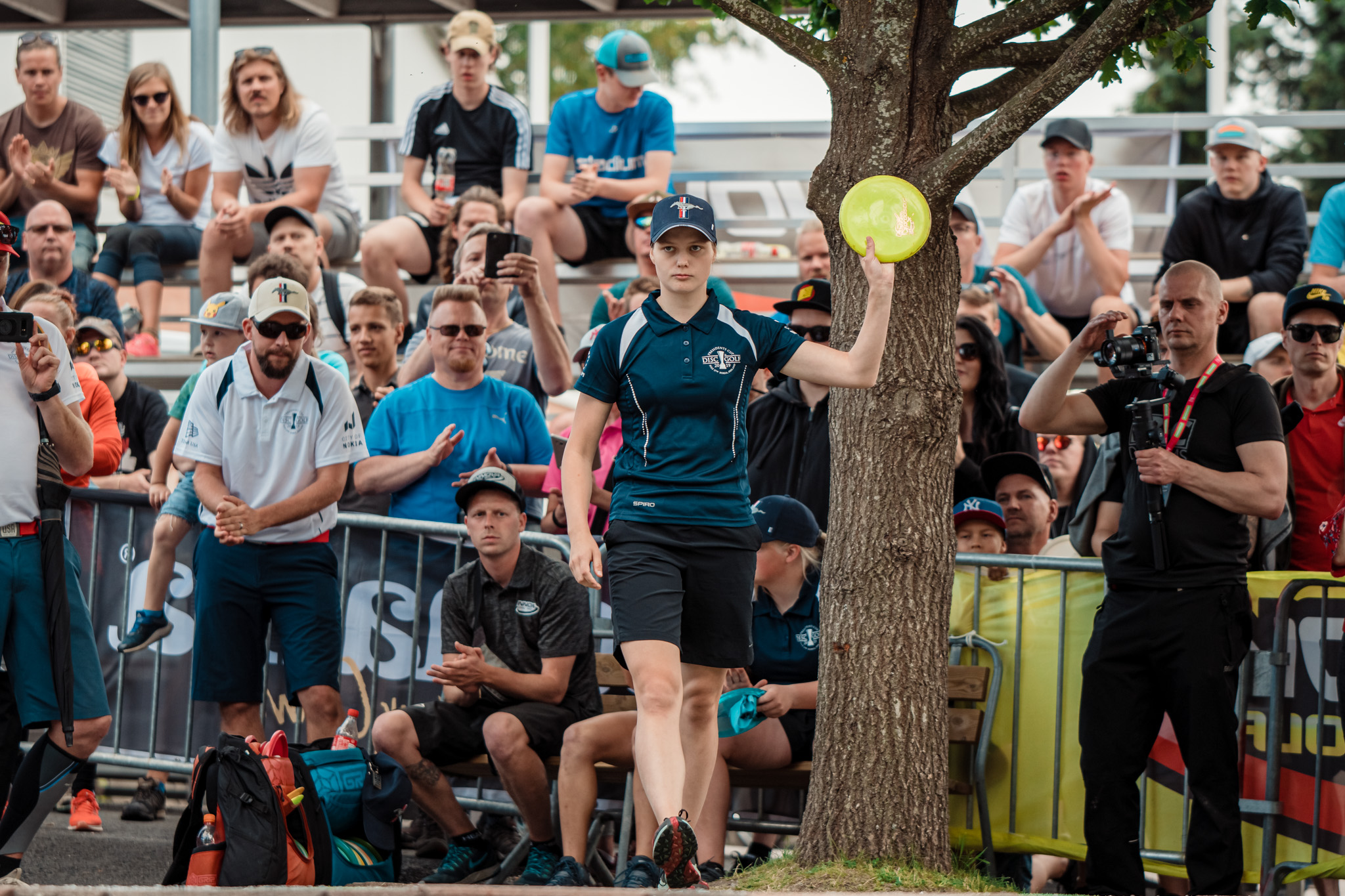 But when competitors took another crack at “The Beast” during the second half of the event, another beast awoke.

Team USA dominated match play, winning six of eight battles to score 19.5 points to Europe’s 4.5 and cruise to its ninth consecutive Presidents Cup with a 31-21 final tally. The Stars and Stripes were buoyed by unofficial MVP Kevin Jones, who followed up his 8-under par showing in stroke play with a 5 & 3 victory over Jalle Stoor. Barsby, McBeth, and James Conrad all picked up Ws, while Eagle McMahon triumphed 2-up over Simon Lizotte in the day’s headlining showdown. 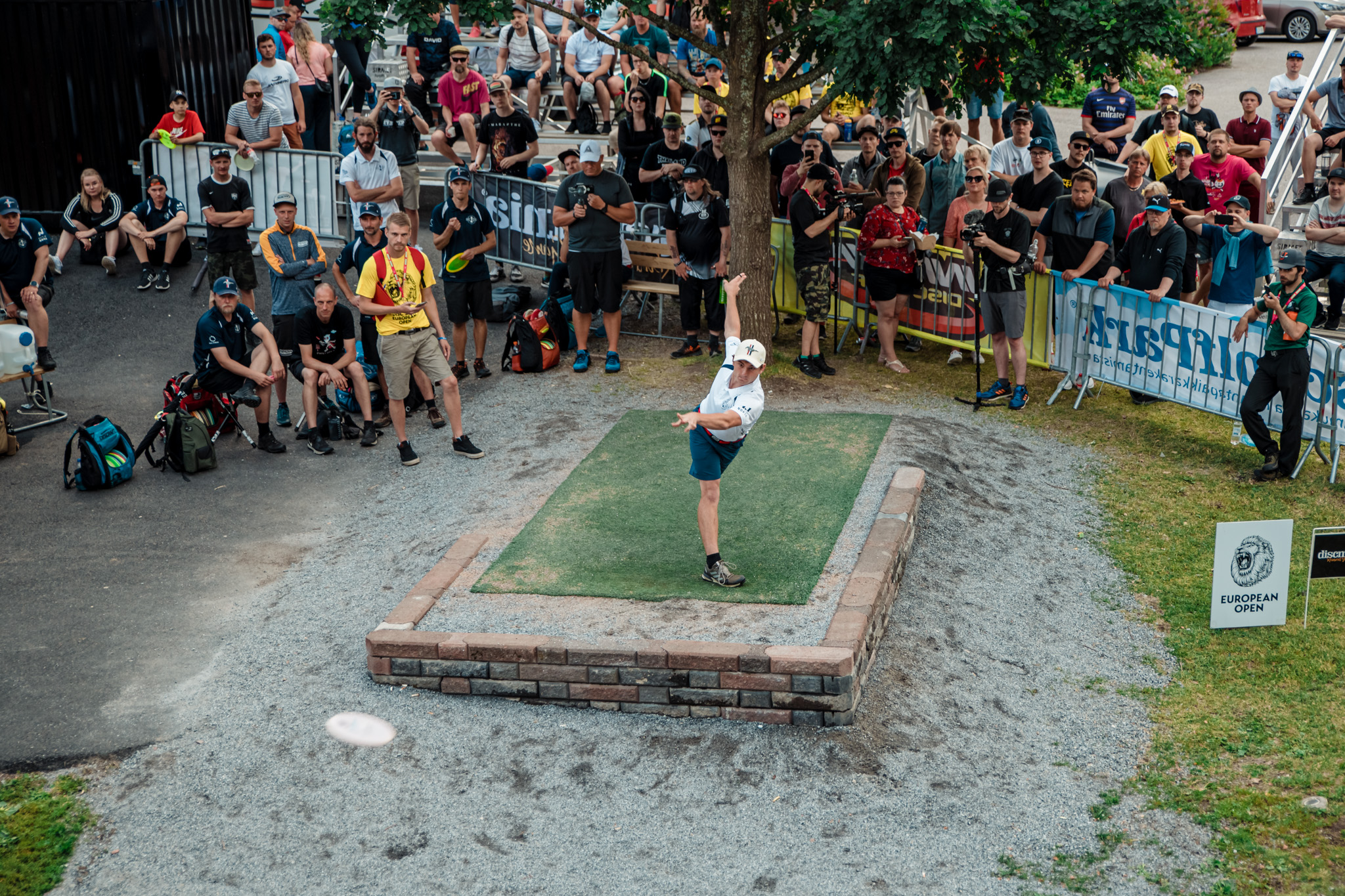 “It took everything we had today to come back after the start Team Europe had,” Team USA Captain Nate Sexton said as he accepted the Presidents Cup trophy. “They were dominant in the first half, so our team – [we’re] really proud, really honored to be here.”

Jones, who comes into this week’s European Open after a victory across the Gulf of Finland at the Estonia Open, logged only two pars during the competition.

“I feel like I played pretty flawless, honestly,” Jones said. “I didn’t mess up any shots, I didn’t miss any putts, and I just put myself really close. I handled the pressure really well and had a lot of fun doing it.”

“We followed his lead,” Sexton said. “We leaned heavy on Kevin in the first round and he came through for us in the second round. Everyone just got in line behind Kev, and we got there.”

K.J. Nybo, who fell to McBeth on the seventh hole of the last grouping in what served to be the clincher, said Team USA was simply better in the clutch.

“I kind of tried to do my best on Paul [McBeth],” Nybo said. “…I think the Americans are really good at the pressure thing, and I think that’s why they won: that winning spirit.”

Lizotte came in third place on his card during stroke play but could only muster a single hole victory against McMahon in match play, and as the German star sat on the stage after the round he seemed as if he could feel that he and his continental squad had let an opportunity slip their grasp.

“We always feel like we have a chance, of course. Anything can happen in golf, but this was like the best chance we ever had,” Lizotte said. “But then of course the last couple years we’ve won a lot of the matches in the match play, which almost gave us the win for a huge comeback [in 2017]. But this year the experience and the strength of the American team was good enough.” 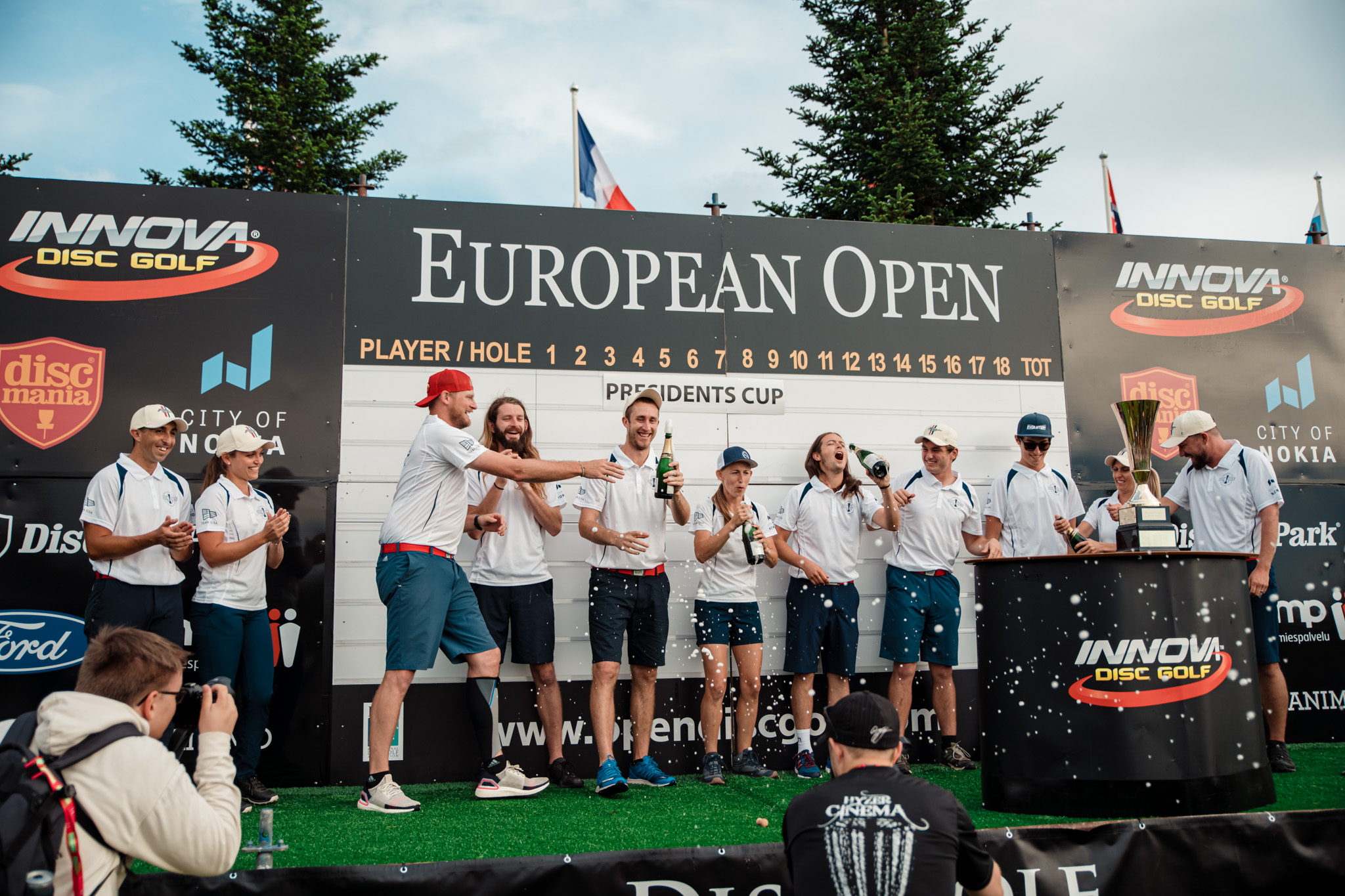 McMahon also attributed the win to the team’s veteran presence, as Sexton and Team USA reserve Jeremy Koling served as hype men for each group throughout the day. He also sounded as if their rivals’ early lead was a wake-up call.

“Having Europe start off winning it made us realize, OK they’re getting good,” McMahon said. “But we need to show our experience and put the hammer down.”

Even in defeat, though, Hirsimäki was visibly proud of his European compatriots, and he offered some memorable parting words to Team USA.

“You guys consider to be warned,” he said, a wry smile flashing on his face. “You know how it goes.

“We’re coming back for you guys.”