The Beast has awoken - Round 1 recap

The first day is over here at the European Open and what an exciting first day it was! Best disc golfers in the world came to compete at The Beast and showcase quality disc golf in front of huge crowds.

Even though the tournament had just begun, the sides of the fairways were filled by avid disc golf fans. We are expecting the number of spectators to grow each day, reaching its peak during the final round on Sunday.

Eagle McMahon started the tournament by shooting the hottest round, finishing with an incredible score of -12! The European Open´s reigning champion Paul McBeth fell just short of McMahon´s round with a score of -11. Gregg Barsby played a fantastic bogie-free round while scoring 9 birdies, which placed him third, tied with James Conrad at a score of -9 after the first round. 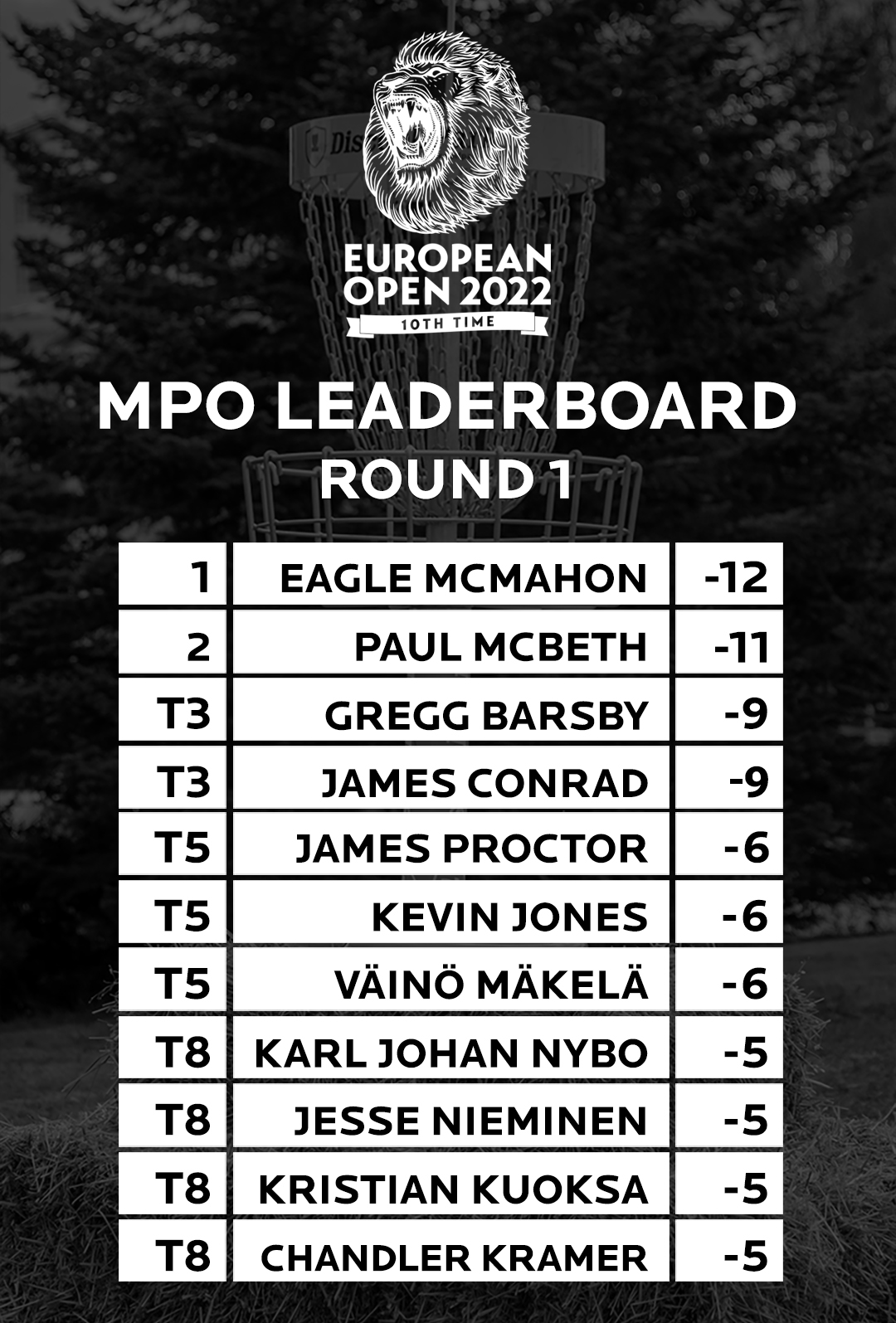 Eagle McMahon leading the pack with a score of -12. Check out the full scoreboard here!

On the FPO side, Kat Mertsch started the tournament strongly. After the first 9 holes, she was at a score of -1. Despite the strong start, on the last 9 holes The Beast did not show mercy and Mertsch finished the first round with an impressive total score of +4.

Mertsch is being closely chased by Catrina Allen, Heidi Laine and Keiti Tätte with scores of +5. Heidi was the only FPO player to birdie hole 18 during the first round! Tied 5th place went to Jenni Engström and Eveliina Salonen at scores of +6. 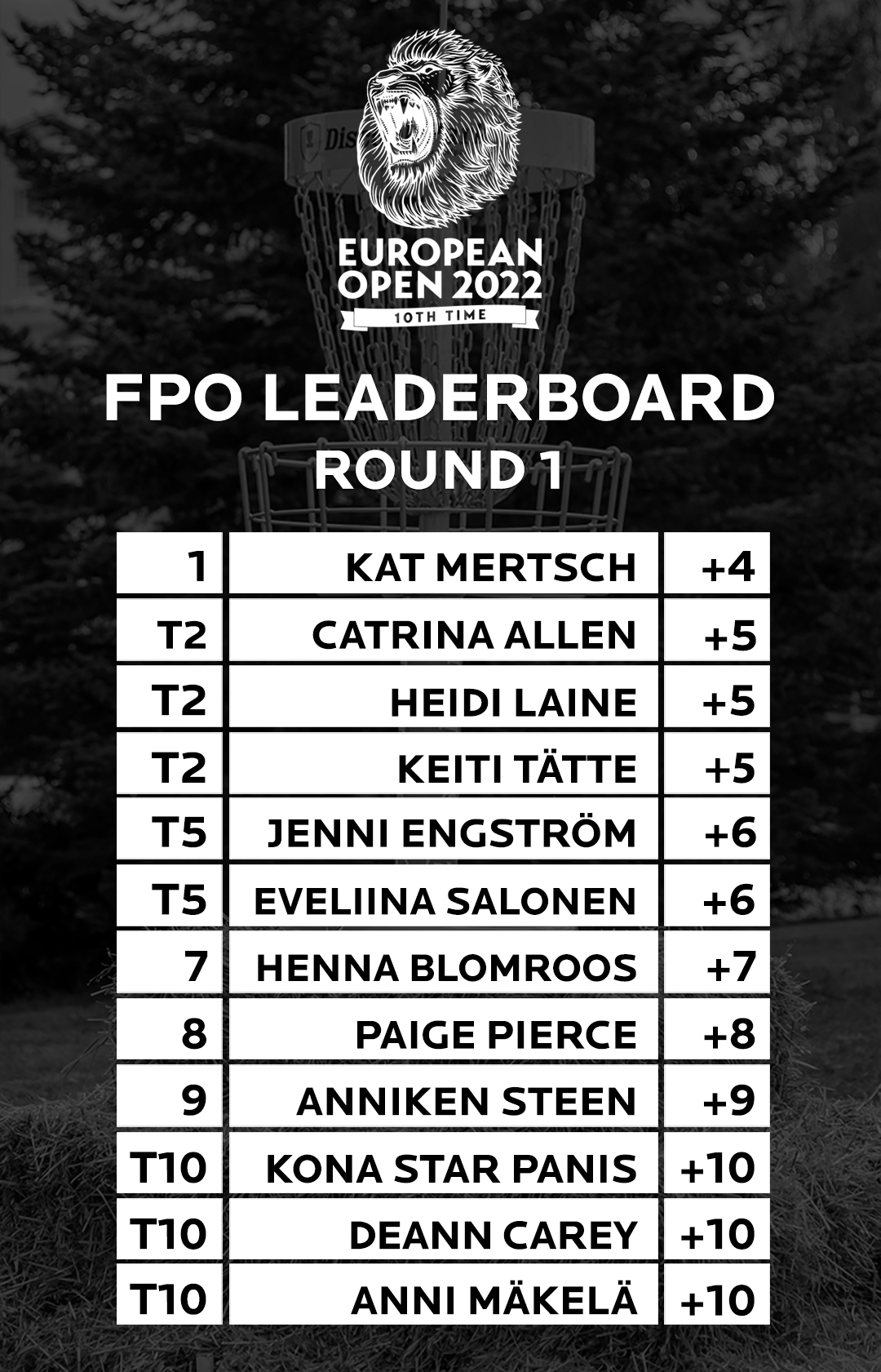 FPO leaderboard after the first round. Check out the full scoreboard here!

The first round is over, but the European Open has just begun! Remember to watch the 2nd round either here at The Beast or live through Disc Golf Network!