McBeth keeps the fire on despite the rain - Round 3 recap

Round 3 tested the competitors as the weather today was rainy and more windy than the previous rounds. Despite the far-from-ideal conditions, Paul McBeth kept the heat on, shot the hot round with a score of -9, and caught up with Eagle McMahon going in to the final round. The final day is going to be exciting as two legends get to battle each other for the European Open championship title in front of thousands of spectators both on the course and live through Disc Golf Network!

Kevin Jones shot an impressive -7 round and earned his spot on the lead card together with Chandler Kramer, McBeth and McMahon. Niklas Anttila, Jesse Nieminen, Mikael Häme and Väinö Mäkelä form a fully finnish chase card which is sure to attract lots of local fans. It will also be thrilling to see the battle for the 3rd place podium finish here at The Beast.

The weather did not bother Brodie Smith on hole 3 as he was the only player to score an eagle during round 3! 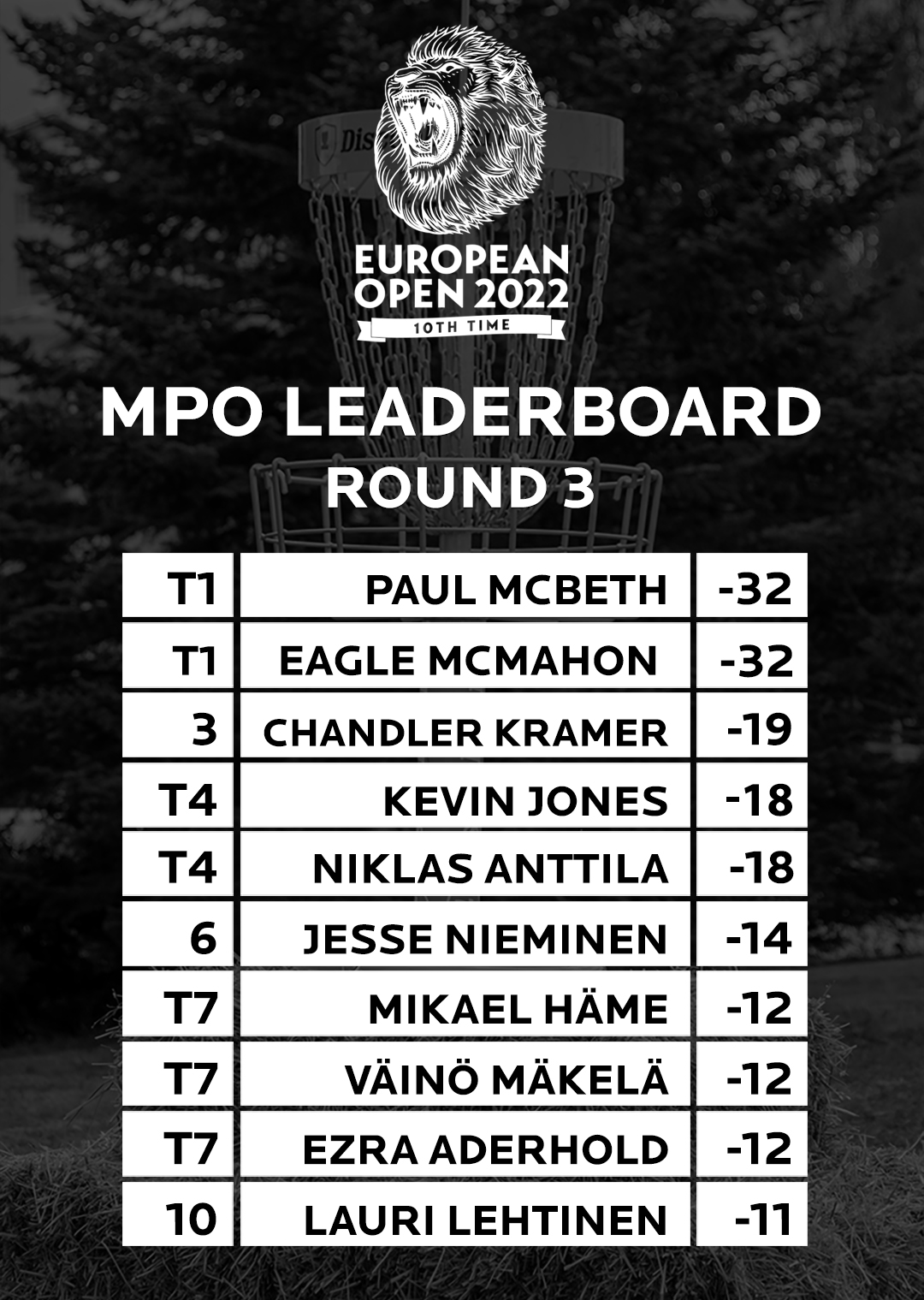 The battle between McBeth and McMahon gets even more fierce going in to the final round. Check out the full scoreboard here!

The battle for the first place got even more exciting on the FPO side as Paige Pierce caught up the lead by 6 throws after shooting an impressive +2 round. Eveliina Salonen is now leading by just two strokes going in to the final round after scoring big number on three holes during her third round.

Henna Blomroos and Kat Mertsch are seven throws back of the lead, but if either of them shoots an incredible score during the final round, they might be able to take the title home. The two-time European Open champion Catrina Allen is also still in the battle with a total score of +18. 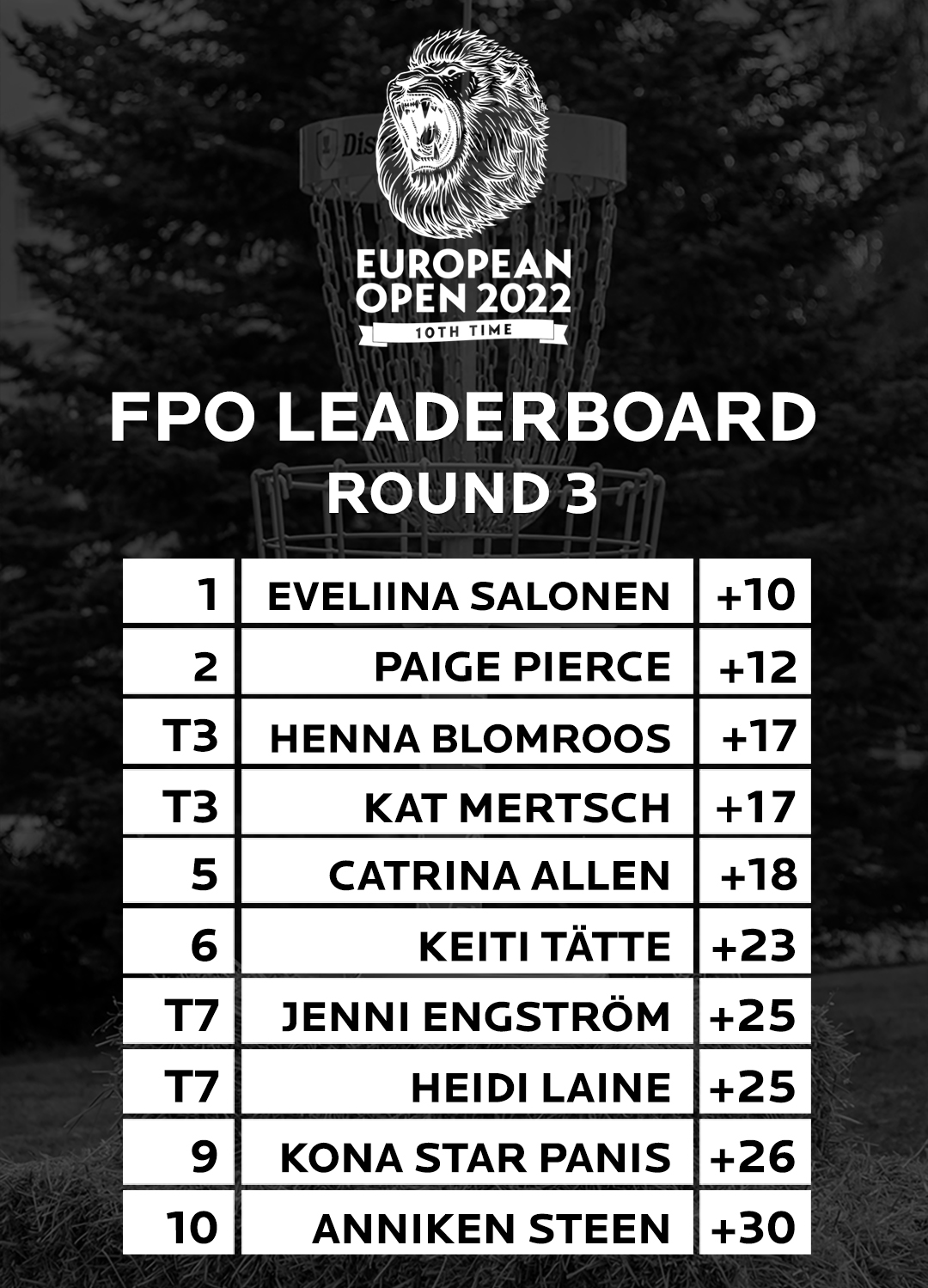 Salonen is still holding on to her lead after the tough round. Check out the full scoreboard here!

Don't miss Sunday's spectacle here at The Beast! We welcome every fan to Nokia to come and watch the final round of the European Open 2022! If you can't make it to Nokia, watch it live through Disc Golf Network.