The European Open has a new champion! - Final round recap

After 3 long years, the European Open was finally held here at Nokia and what a thrilling event it was all the way from start to finish.

Ever since the beginning of the first round, Eagle McMahon and Paul McBeth were battling against each other back and forth for the lead. Going in to the final round, McMahon and McBeth had already separated themselves from the rest of the field by over ten throws.

The battle was intense throughout the whole final round and after 16, McMahon and McBeth were still tied. On hole 17, McBeth threw out of bounds and finished the hole with a bogie meanwhile McMahon played it safe and got a par. Now all that was left was hole 18, a brutal finishing hole which can easily result in high numbers if a drive or an approach does not land on the tight fairway.

The fairway of hole 18 was surrounded by thousands of spectators holding their breath as McMahon lines up his drive off the tee. In bounds, McMahon's first throw lands at the sweet spot and now McBeth is up next. McBeth throws a nice drive near McMahon's disc. Both of them proceed to successfully throw extremely accurate drives near the basket despite the high pressure situation. McMahon walks to his drive and stares down at the basket. The clink of chains can be heard and the crowd roars - Eagle McMahon has won his first major in four years and ends McBeths 5 in-a-row win streak here at the European Open.

This is truly a battle to be remembered throughout the years.

Competition for the 3rd place podium finish was also fierce, as Kevin Jones, Niklas Anttila and Chandler Kramer were all in it until the final hole. Jones, with the recent European Open FPO-division Champion Paige Pierce caddying for him, managed to beat Anttila by one stroke and finished 3rd.

On top of all this, two beautiful hole-in-ones were made during the final round. Leo Piironen on hole 5 and Jeremy Koling on hole 14. 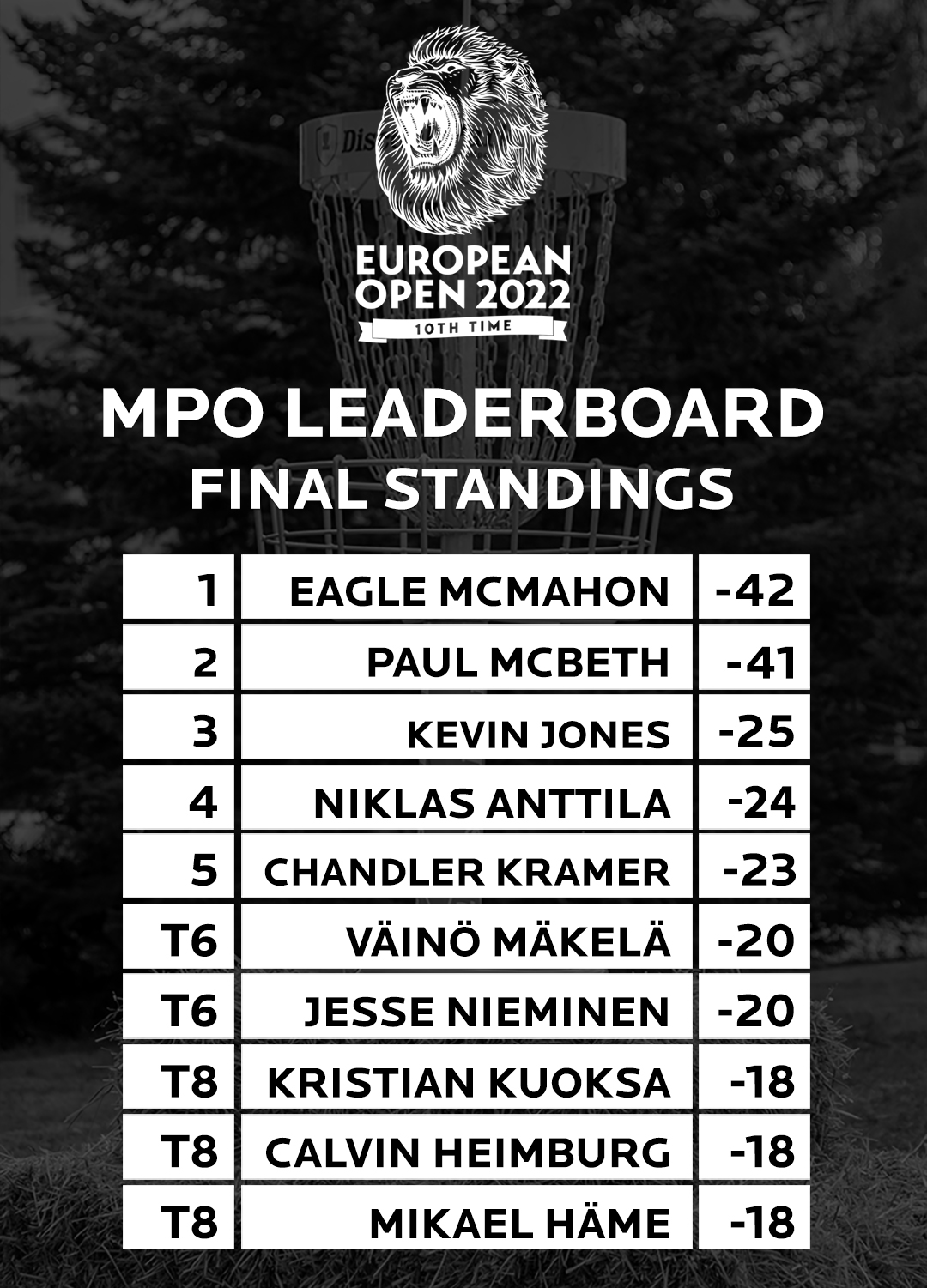 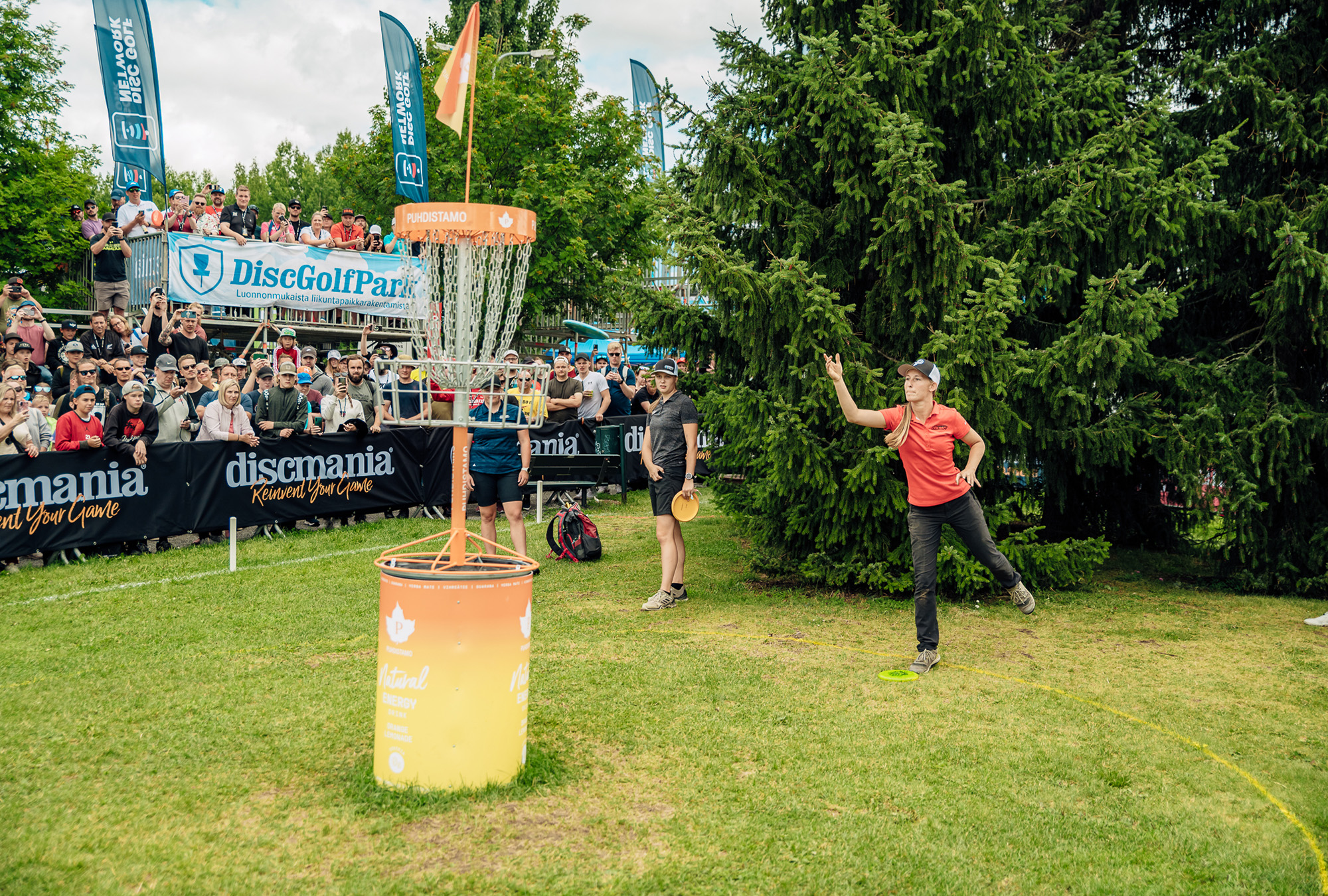 On the FPO-side, Eveliina Salonen was leading Paige Pierce at the beginning of the final round. Pierce quickly caught up and tied with Salonen. The two of them were going back and forth up until hole 17, which crushed Eveliina's dreams of winning when she took an unfortunate double bogie meanwhile Paige played a smart par. Pierce finished her tournament with a great even par -round and claimed her third European Open title.

Henna Blomroos played a solid +3 round and fnished third in front of her home crowd. 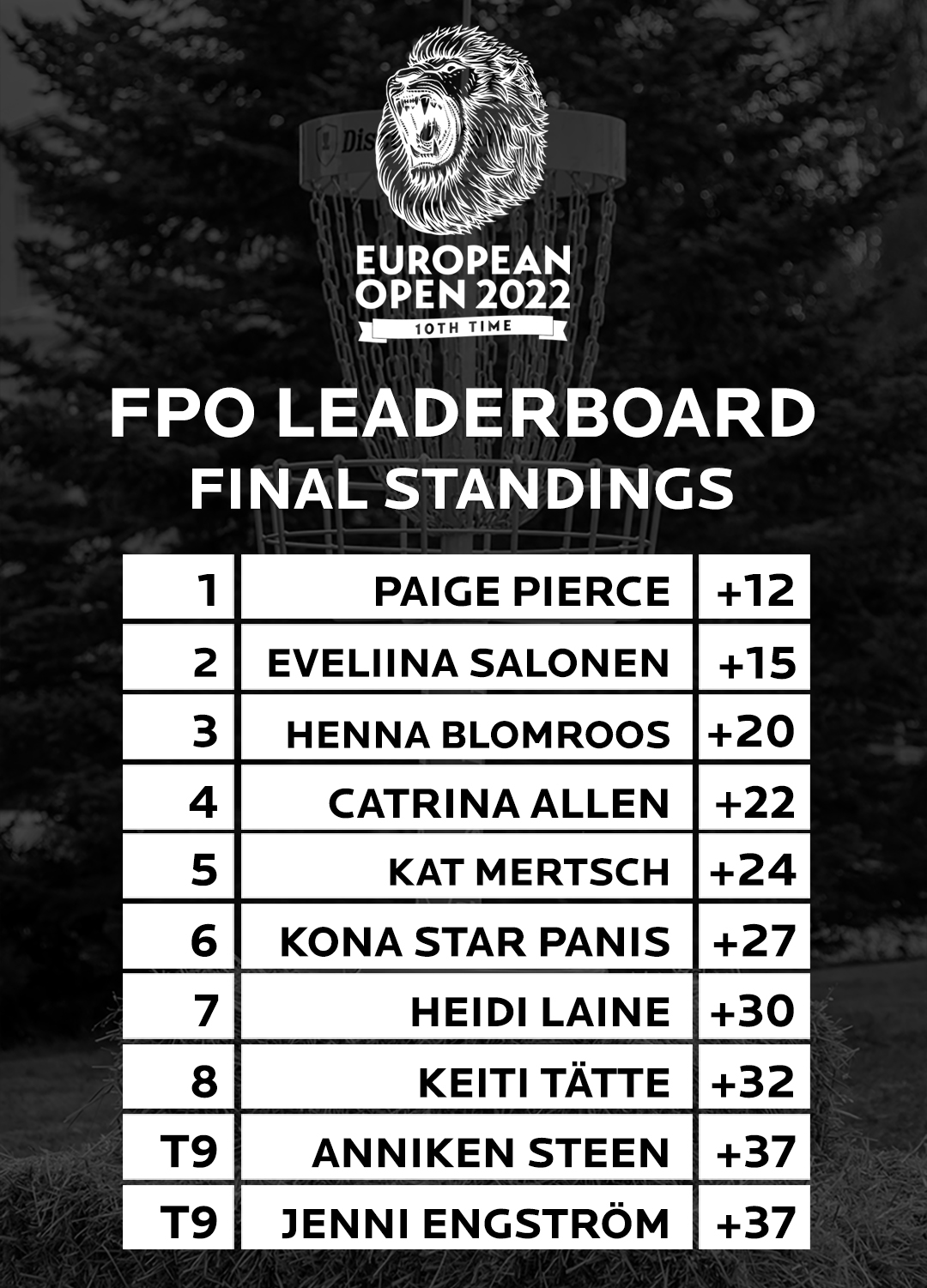